Among the research groups of ICCS is the Electric Energy Systems Laboratory (EESL), which offers experimental training for students, and Smart RUE, which focuses on research and technological developments in the area of Smart Grids. 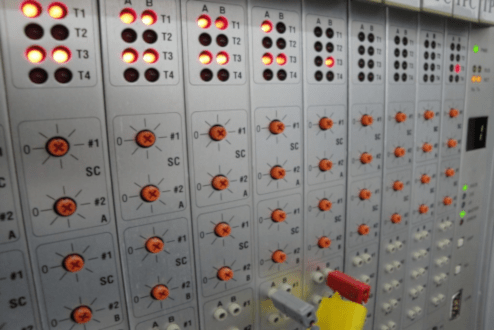 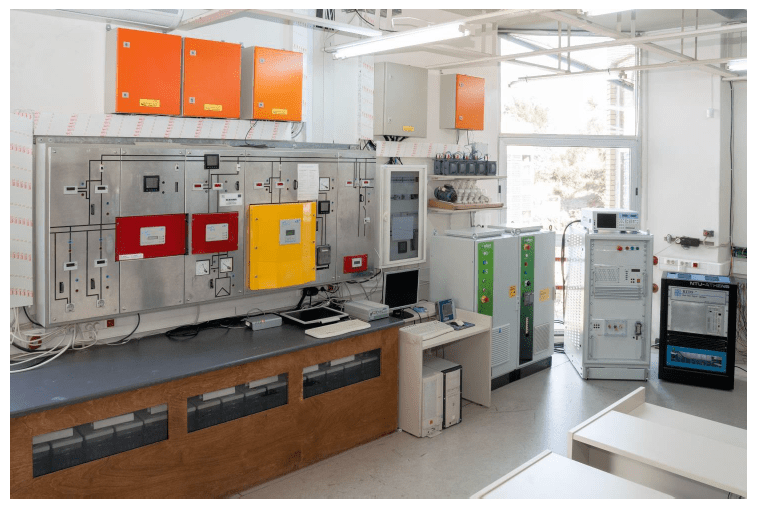 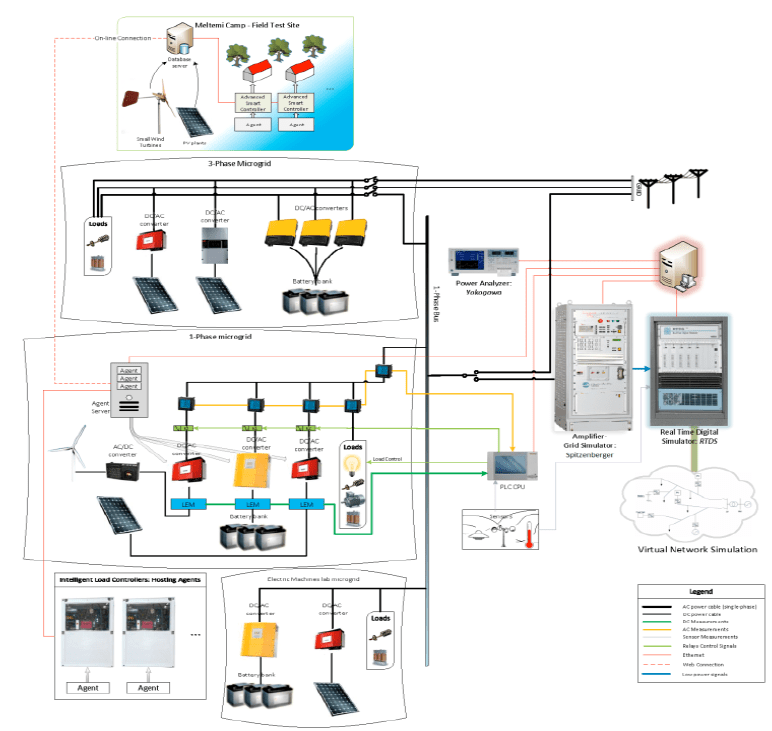 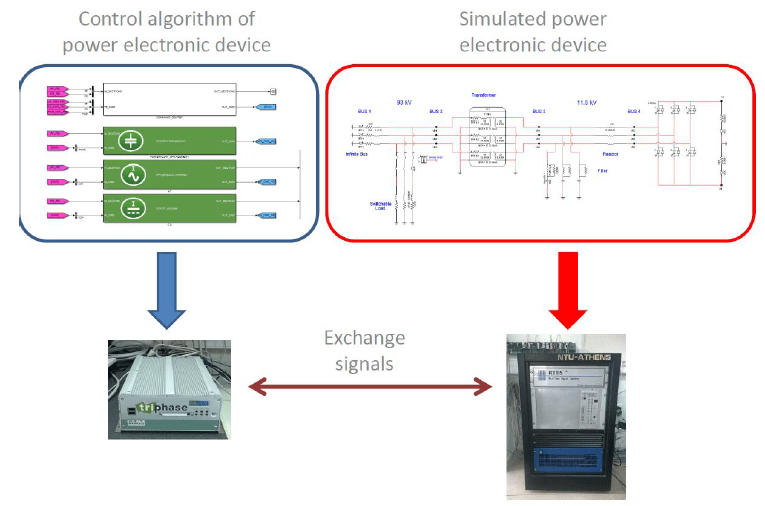 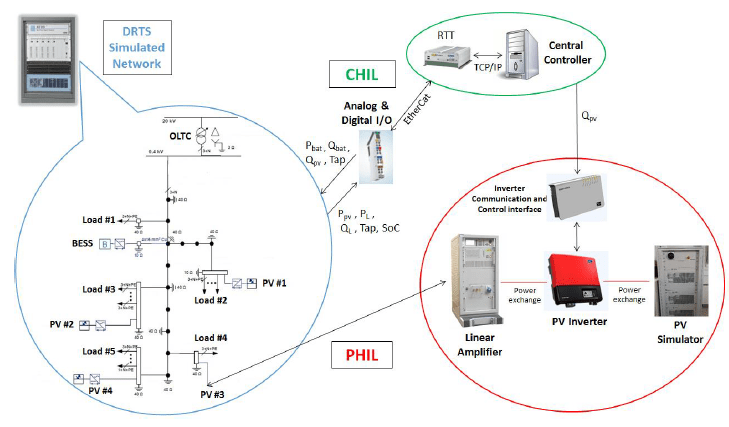 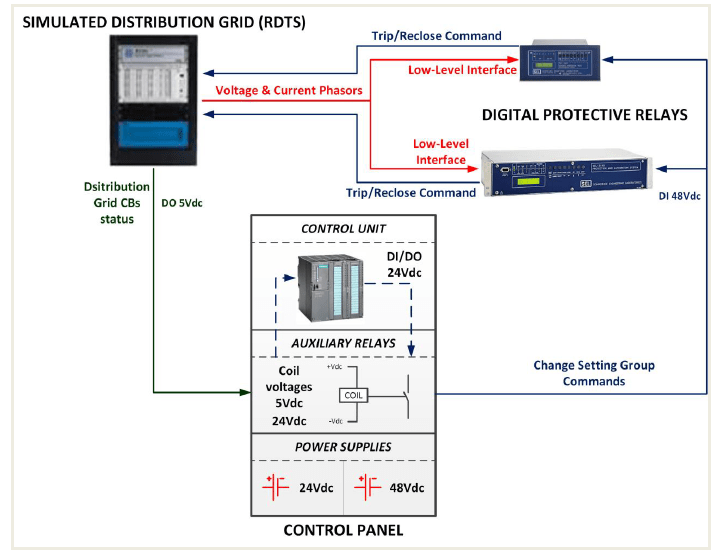 The electrical quantities (voltage, current, power, etc.) during the tests can be measured accurately and analyzed with the use of a Yokogawa WT3000 Power Analyzer.

The main services offered by the above facilities are:

The Institute of Communication and Computer Systems (ICCS) is a private law body associated with the Department of Electrical and Computer Engineering of the National Technical University of Athens (NTUA). ICCS has been established in 1989 by the Ministry of Education in order to carry research and development activities in the fields of telecommunication systems and computer systems and their applications in a variety of applications, such as electric power systems, software and hardware engineering, control systems and biomedical engineering. R&D staff of ICCS-NTUA consists of 40 members of staff of NTUA, 20 additional senior researchers and 120 research students.

Smart RUE is one of the Research Groups of ICCS. It belongs to the Electric Energy Systems Laboratory (EESL) of the School of Electrical and Computer Engineering of the National Technical University of Athens. It was founded by Professor Nikos Hatziargyriou and operates under his supervision. It is composed of Professors, post-doctoral scientists, postgraduate students and highly specialized researchers and collaborators. It is technically and administratively supported by the personnel of EESL.

The main activities of Smart RUE focus in research and technology development in the area of Smart Grids. The main Smart RUE activities deal with planning and operation of modern power systems characterized by high penetration of renewable energy sources, distributed generation and flexible loads. For the efficient solution of related problems advanced control and ICT technologies are employed.

Smart RUE has coordinated and participated in a large number of European and national R&D projects and studies. It has organized several international Conferences, Seminars and workshops and it has published numerous papers in international journals and conference proceedings. Its members are active in several EU and international organizations. It maintains excellent connections with many Universities, Research Centers, Utilities and Power Industries active in the area of Smart Grids both at national and international level.

For safety reasons, for critical applications, the users are not expected to operate the systems by themselves; even when safety instructions will be provided, tests will be carried out by staff of ICCS-NTUA. For the rest of applications and after ad-hoc training, the user group will have full access to the related facilities for the duration of the stay (with the support of ICCS-NTUA’s researchers and laboratory technicians when necessary). Remote lab access might be possible but needs to be discussed with the hosting organization. The scheduling of the experiments will be agreed and booked prior to the stay according to the availability of the involved staff and equipment. Administrative documentation for the access (contract, non-disclosure agreement, etc.) will comply with ERIGrid 2.0 common indications. In addition to the general corporate services (Internet connection, canteen, etc.) and the support and advice on accommodation and transportation to ICCS-NTUA infrastructure, the access being offered includes supervision and help of ICCS-NTUA staff:

User expenses for the lab access are paid by ERIGrid 2.0 (EU H2020 Programme). This includes travels to Athens by plane, accommodation, daily subsistence, and daily transportation during the stay. For the user projects taking place in ICCS-NTUA, ICCS-NTUA will refund the stay expenses when the stay is finished: the user must declare the incurred expenses and present the invoices/receipts to ICCS-NTUA in order to get the refund. Reasonable expenses must be made by the user: travels will be made in economy class and conventional hotels (not luxury) or equivalent accommodation will be used. As an indication (it is not a daily allowance), a maximum subsistence fee of 60 €/person must be considered per day, excluding the hotel cost (i.e. for meals, coffee etc). The tickets for the transportation to and from NTUA (metro, bus) will be also reimbursed.

🌊Making waves for the♻️#EnergyTransition? Apply for the 🏆#GoodPracticeAward2022 by June1️⃣7️⃣ to join our tech innovation hall of fame alongside others pushing the limits of⚡️#grid possibilities.

Within the #EU funded @ERIGrid project, #researchers can access our KEMA Labs Flex #PowerGrid Laboratory and visits are totally #freeofcharge. Find out more on the initiative and how to #apply here: https://erigrid2.eu/lab-access/ @PowerEngInt @SustMeme